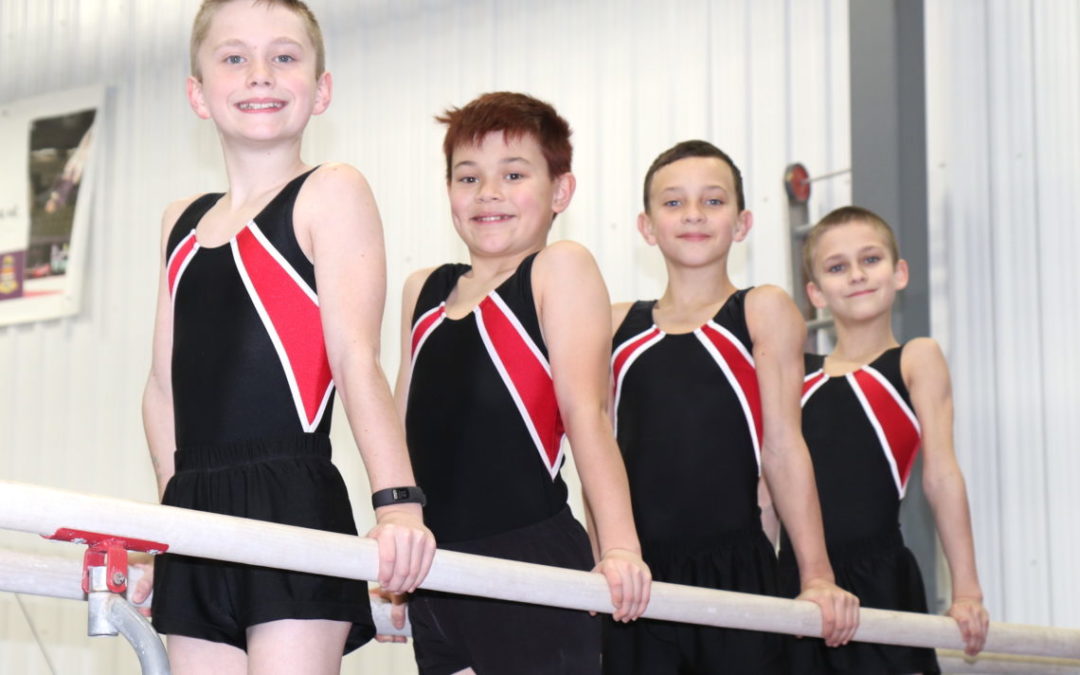 Ryan Matyas’ start in gymnastics came about five years ago.

“My mom told me I needed to do something and at the time my sister was doing gymnastics, so I hopped in and started doing it too,” the 10-year-old Niagara Falls resident said.

His mother encouraged him to join Gymnastics Energy for a simple reason.

“I had a lot of energy and I needed to burn it off,” he said. “I was always jumping around and doing stuff.”

It took a bit of time before the Grade 4 student at Our Lady of Mount Carmel started to enjoy gymnastics.

“It was fun and I made some friends along the way,” he said.

Last year, Ryan started competing at Provincial Level 1 and this season he has moved up to Level 2.

“He has already improved his overall score from the first competition to the second and he’s really excited to be part of the MAG (men’s artistic gymnastics) team at Gymnastics Energy,” coach Carly Dunbar said.

At the second provincial qualifier in Kitchener-Waterloo, Ryan scored five points higher overall compared to his first competition. He was fifth on high bar, seventh on pommel horse and eighth on floor and parallel bars to end up sixth overall.

“With Ryan, he is very dedicated to his focus on being tight, perfecting all of his skills and making sure he is showing up to practice every day and working hard,” Dunbar said. “He is on the right track right now doing what he is doing and he has to continue putting in the work.”

Ryan trains 12 hours a week at Gymnastics Energy and feels he is doing “pretty good” at competitions.

He is hoping to advance to the provincial championships.

“I want to make it, try my hardest and do as good as I can.”

“I like it because it is fun, kind of easy and I can do a lot of things on it.”

The apparatus he has the most trouble with is rings.

“With my muscles, I can make it up but I can’t turn my arms in.”

He is not sure where exactly he want to go with gymnastics.

“I don’t know. Maybe make it to the Olympics if possible, but my mom always tells me to just try my best.”

He describes himself as a nervous competitor.

“I just tell myself that it is going to be OK, that I’ve done the work and all I have to do is try my best.”

He feels his biggest improvements have come in his Chicken grip giant on bars and getting tighter in all the other events.

Ryan was one four Gymnastics Energy athletes competing at the Second Ontario Cup in Kitchener Waterloo.

Roxis Agate, competing in Level 1, improved his scores on rings, parallel bars, high bar and his overall score. He was fourth on high bar, seventh on parallel bars, eight on the floor and ninth overall.

Level 2 competitor Owen Shaw also did well, improving his overall score and his scores on rings and high bar. He was fourth on high bar and performed an amazing kip, and ended up in sixth on rings.

“All these boys have worked very hard and will continue to prepare for the third MAG Ontario Cup in Ottawa in March,” Dunbar said.