Gymnast shows his Will at Eastern Canadians 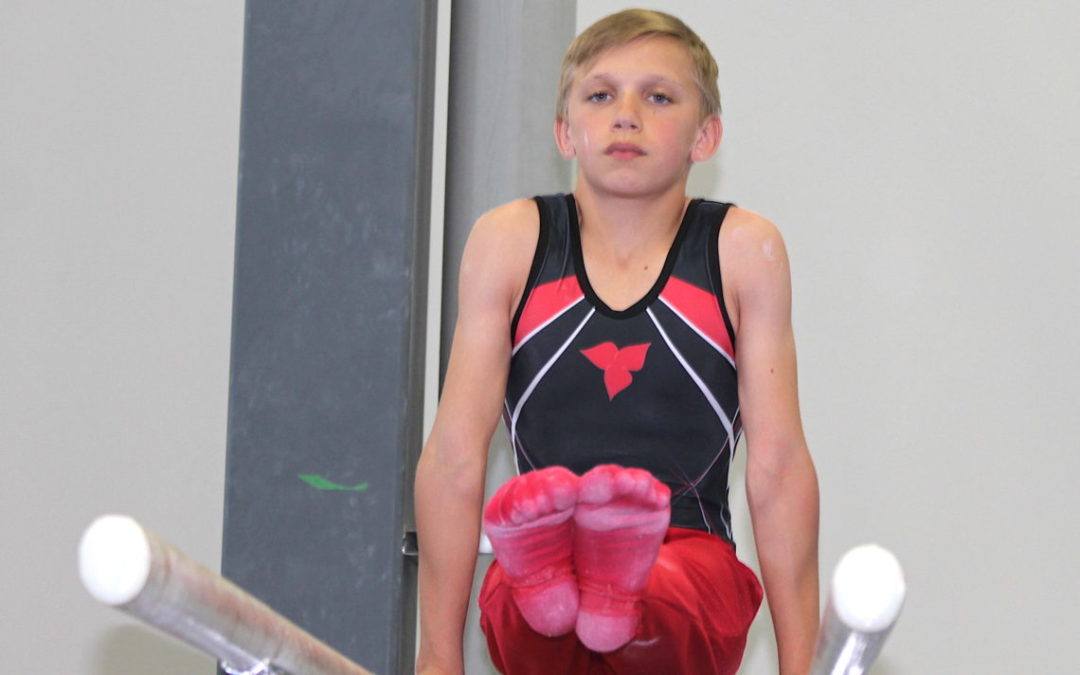 Will Rigby stepped up his game at the most opportune time.

After placing eighth all-around at the Ontario championships, the Gymnastics Energy member moved up one notch and ended up seventh at the Eastern Canadian championships in Prince Edward Island in May.

“I didn’t have that much pressure at the Easterns because I wasn’t on Team Ontario,” the 11-year-old St. Catharines native said. “Only the top four made the team and me and another boy, Salvadore, were the two independents.

“Since we did’t feel like we had that much pressure, we did better.”

Will surprised himself by his showing in the Under-13 Division at Men’s Provincial Level 3.

“I was expecting mostly lasts,” he said, with a smile.

Placing seventh was a pleasant surprise.

“At first, I really didn’t expect that and it took a while to process that,” he said. “I was really excited when I found out that I got seventh at Easterns.’
Equally excited was Gymnastics Energy coach Brandes Struger-Kalkman.

“I was totally blown away by his performance,” he said. “He must have just nailed it.”

Last season competing at the Ontario championships, Will was in the middle of the pack at Level 3.

“Repeating the level this year, I felt he was going to do well but I didn’t know how well,” Struger-Kalkman said.

Will ended up finishing top three all-around in his first event and his coach knew it was going to be a good year.

“Through the year there were some ups and downs, but by the time he got to the championships he had honed his craft.

“We went in feeling really confident in his routines.”

Struger-Kalkman is a big fan of Will.

“He listens very well, he gets to the task and he puts all his effort in each time. He is a real pleasure to work with.”

Will brings a lot to the table.

“He is already flexible, he is strong and he works on his strength,” Struger-Kalkman said. “He has his own set of rings at home and he wants to get better so he works at home. You can see it when he comes to practice.”

The Grade 7 student at St. Peter’s, who has been doing gymnastics since age four and competing since he was eight, is looking forward to taking the next step in his gymnastics career next season.

“I want to move to Level 4 next year and would like to qualify for Easterns again,” he said. “If I stayed in Level 3, I would make it, but moving up a level will make it harder.”

He is excited about the challenge and is training 12 hours a week to reach his next goal. He is enjoying the pursuit.

“I like the competitiveness of it, working towards one goal and not really changing it all the time,” he said.

He was introduced to the sport when he came to Gymnastics Energy for a friend’s birthday party.

In the past year, he feels his biggest improvement has come in overcoming his fears.

“I was scared of back flips and back twisting off of the high bar, but I got over that fear and keep on building up.”

The anxiety was overcome by repetition.

“It was doing it and doing it until I trusted myself enough,” he said. “I always hurt stories about people getting hurt and I didn’t want to get hurt.

“I never ended up getting hurt and I realized I knew what to do.”

In addition to gymnastics, Will is involved in other sports. At St. Peter’s, he participates in track and field, cross country, basketball, soccer and other sports.

Will is back in action this Saturday at the Gymnastics Energy Boys Invitational which runs from 9 a.m. to 6 p.m.

The club expects 120 athletes to take part in the event, including 20-25 from the host club. Athletes range in ages 16 to seven and the event is the last competition of the season in Ontario for boys gymnastics.